My novel Daughter of Magic released on May 22, 2018 from Not a Pipe Publishing, which accepted Kamila Shamsie’s challenge to make 2018 The Year of Publishing Women and will publish nine books by seven women this year. They are also accepting submissions of short stories by women to be published weekly online.

“Wizards Can’t Go Home” comes from even deeper in the backstory of Daughter of Magic than “Crane’s Fire.” 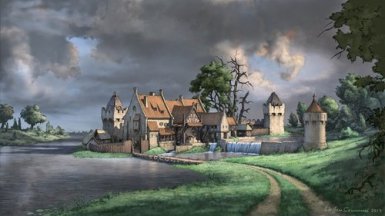 When Master Ordahn spoke those words, his apprentice thought he meant home would feel too tame, or the wizard would be too changed for home to seem like home anymore.

He didn’t know it meant home would cease to exist.

The young wizard glanced at the dripping sky, then pulled his hood forward and sank onto a fallen log with a dejected sigh. “Now what?”

He called himself The Crane, a name he’d given himself as a boy—the last of many. He didn’t remember what his mother called him. Both his parents had died when he was very small. They had died here. He wasn’t sure he could even find their graves.